Want to look inside the head of the world’s best investor? The release of the Berkshire Hathaway 13-F reveals a surprising look into Warren Buffett's favorite stocks and how you can invest alongside the Oracle of Omaha.

His last disclosure showed a growing investment in one sector, one that Buffett thinks could lead the market for years to come.

By the end of this video, you’ll know Warren Buffett’s favorite investments. In fact, he’s put nearly $60 billion down on these stocks and I’ve got three reasons why investors could see huge returns this year.

Join the Let's Talk Money Community on YouTube – It's Free!

The Berkshire equity portfolio includes just 42 companies for a total of $196 billion and is surprisingly concentrated in three industries. In this video, we’re going to be looking at Buffett’s favorite sector why he has nearly a third of his money in banking stocks. I’ll also show you how to find the best stocks in the sector for huge cash yield and double-digit returns.

Buffett took the lead for the Berkshire Hathaway holding company in 1965 and has rewarded investors ever since. Returns on shares have climbed 20% annually over the last 38 years, more than doubling the return on the broader market. That means instant market-buzz anytime the company files its Form 13-F, that’s the disclosure all large money managers have to file every three months.

That look into Buffett’s investments is what we’re using for this video series on the Oracle of Omaha’s stocks.

We’re looking at Buffett’s biggest investments, his favorite industries and even his worst investment. We’ll look at the stocks Buffett believes in, why he loves them and how you can use all this to find your own investments.

Now we know Buffett’s favorite company is Apple, he’s bet over $44 billion in the iPhone giant, but taking a broader view of his investments reveals that he’s also extremely bullish on one particular sector of the economy.

In fact, Buffett not only has almost a third of his money in this group but is also investing broadly across the industry.

Berkshire has invested $58 million in seven stocks within the banking industry versus a single bet or a few in most other industries. That tells me Buffett is not only loving a few individual stocks in the group but he believes larger economic forces are going to support the entire industry.

That means you don’t necessarily have to pick the winners among bank stocks because these broader forces are going to mean solid returns across the entire index.

Why Buffett Invests in Bank Stocks

Let’s look at some of the most recent changes in Warren Buffett’s bank stocks. I’ll then reveal why Buffett loves the banks and a few stock picks of my own.

Berkshire cut its position in Wells Fargo & Company to come in under 10% ownership last quarter but still holds $24.7 billion in shares, it’s second-largest holding. At the industry-level, Berkshire added to its banking position with 3.7 million shares of US Bancorp and 1.4 million shares of Bank of New York Mellon. The fund also holds nearly $20 billion in Bank of America though it didn’t make any changes last quarter.

Now the financials sector has underperformed the rest of the market by about 5% this year and has actually fallen even harder over the last few months. It hasn’t been the worst performing sector but it’s missed standouts like consumer discretionary and tech stocks by a long shot. 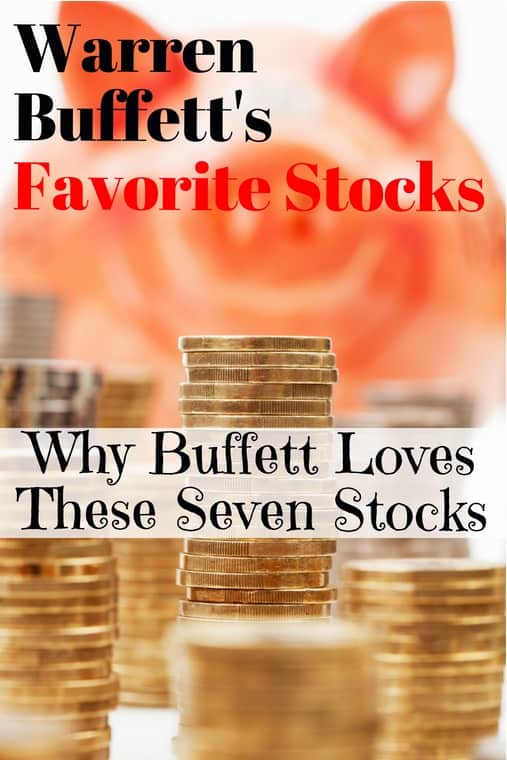 So what does Buffett see that other investors are missing?

We’re going to be getting into some deep analysis here so bear with me. The upside to banks really comes from three big catalysts we’re just starting to see.

First is consumer and corporate borrowing have rebounded this year and the economy looks to book a solid 3% rate for the year. Those low long-term loan rates have helped support the housing market and business lending so we could see a big pickup in lending on that economic growth.

Another factor is going to be the loosening regulation coming out of Washington. Right or wrong, the requirements that made banks hold a larger part of their cash back after the recession meant lower profit margins. That’s starting to get reversed now.

The President signed the biggest rollback of banking regulation in a decade last May. It raised the threshold for banks facing increased cash holdings from $50 billion to $250 billion and did away with a lot of the regulatory testing for those smaller banks. That will free up cash to be lent out and mean less fees banks have to pay.

Last here is an increase in those long-term rates that banks collect on their loans. We’re starting to see signs of inflation and that general economic growth will push rates up as well. Those higher rates are going to breathe new life into the banks and all three of these factors could bring investors back to the group en masse.

On a value basis, shares of financial companies are some of the cheapest stocks in the market. The sector trades for 12.6-times earnings expected over the next 12-months. That’s right at the 10-year average multiple and a discount of 4% on the average valuation over the last five years. Compare that to the broader market trading at 16.6-times expected earnings, more than 15% more expensive than the 10-year average.

How to Invest in Bank Stocks Like Warren Buffett

For those of you that want a broad investment, the SPDR S&P Bank ETF, ticker KBE, gives you exposure to 80 banks in the United States and pays a very nice 3.3% dividend yield. It’s got a lot of those smaller banks that I think could do really well on those three factors.

Even for investors that want to pick a few individual stocks, you might consider putting some of your money in that broad fund to diversify your risk more evenly across the sector.

For individual picks, I love two of Warren Buffett stocks in the banking group and I’ll tell you why.

Wells Fargo & Company is higher by just 3.8% over the last year on the accounting scandal and a rare hit to an otherwise strong name for customer service. The bank is the largest deposit gatherer in the country and a leader in the mortgage market, meaning it will win big when those long-term rates head higher.

Return on assets has slumped to 1.0-times this year from 1.4 in 2013, leaving room for stronger profitability on management’s turnaround plan. Non-performing assets have shrunk for four consecutive quarters and the bank has been able to grow deposits consistently.

I’ll admit that it may take time to rebuild the company’s reputation after the scandals but Wells Fargo always had some of the highest marks for customer satisfaction among banks and I think it can get there again. Shares trade at a price-to-book of 1.5-times and pay a 2.8% dividend.

U.S. Bancorp is my favorite regional banks and one of the best managed in the industry. The bank gets about 60% of its revenue from that core retail banking segment that will do well as rates rise but it also books 30% of revenue in the fast-growing payment services segment.

Warren Buffett owns just under 6% of the bank and looking at its financials, you see why very quickly. Return on equity has averaged just under 15% over the last decade, one of the highest returns in banking, and way above the bank’s cost of equity at nine percent. The shares trade for just 2-times book value, which is below the industry average, and pay a 2.4% dividend yield.

Buffett’s investment in the banks doesn’t really surprise me. They’re cash flow machines with a lot of economic upside. In our next video, we’ll be looking at one group of Warren Buffett stocks that have me scratching my head. He’s got a $9.3 billion dollar bet on a group of four stocks that have historically lost investor money.