The President signed the trillion-dollar tax plan into law last week and opinions are still split over whether it will boost the economy or your paycheck. What no one is arguing is that it will be a huge boost to stocks and investors.

Finding the investments that will benefit from the 2018 tax cut means going deeper than simply investing in the broader market.

Most companies will get a profit boost from lower tax rates but some will win big time on multiple components of the bill. Some companies might even see their earnings take a hit.

I’ve put together a video and list of the top three investment strategies you need to be watching for the Trump tax plan. These three investing themes will help you find the stocks with the most to gain while avoiding those with something to lose.

I'm going to be adding a lot more great investing strategies to the YouTube channel this year including a weekly Q&A video to answer your questions about the stock market and reaching your investing goals.

I'm excited about reaching the community on a whole new level through these videos. Click through to subscribe to the channel so you don't miss a single video.

The reduction in the corporate tax rate plus some of the other changes will help companies make more money. That may or may not be good for regular people but it is great for investors.

We’ll look at the basics in the tax bill first and then cover three things you need to look for when picking stocks of companies that are going to be able to benefit from this change. 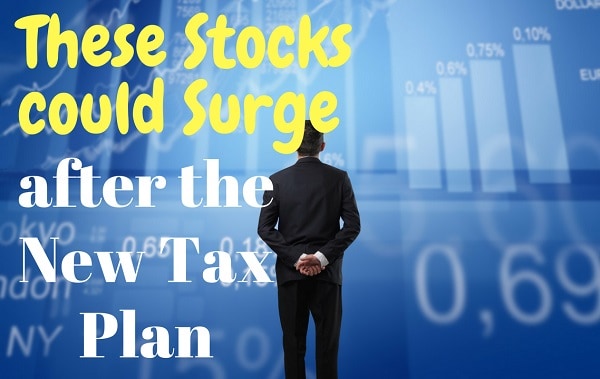 The tax reform changes the corporate interest rate from 35% to 21% as well as a gifting corporations with some other changes to boost the bottom-line. Individuals still have seven different rates depending on their income but get to double the standard deduction.

Now the change in the corporate tax rate doesn’t mean as much unless you know how much companies were paying in taxes beforehand. Because of deductions and loopholes most companies only pay an average of 25% or 28% anyway, so the biggest benefit will go to those companies that were paying higher taxes.

For example, auto & truck manufacturers were only paying an average effective tax rate of 13% before the tax plan. That’s because much of their sales were overseas where they could keep cash and not pay taxes on it. By comparison, companies in the advertising industry were paying a tax rate around 33% because most of their business was in the United States. 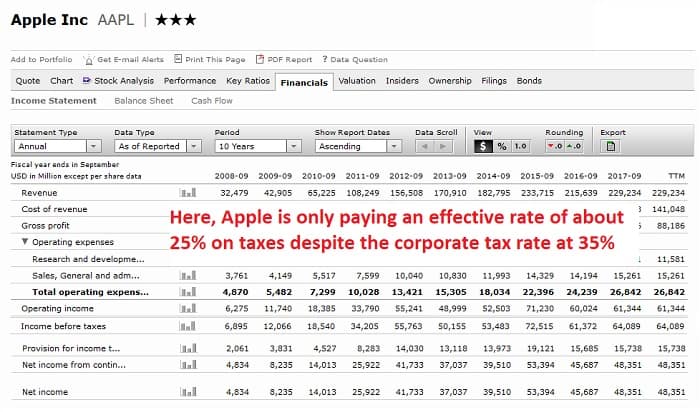 So first you want to look at what’s called the effective tax rate for a company or you can look at this at the industry level. Professor Damodaran of the NYU Stern School tracks tax rate by industry. You can also find it in a company’s annual report, by dividing how much they paid in taxes by their before-tax earnings found on the income statement.

Where you want to start is companies with most of their business in the United States because companies with overseas revenue have been able to pay lower tax rates. This is going to include companies in trucking, retail sales and banking.

You might want to go more diversified by buying an exchange traded fund targeting some of these industries. I like the SPDR Retail Fund (XRT), it’s barely moved all year but I think retailers could see a great 2018. Consumers will be spending more and the retailers will see one of the biggest benefits from the tax cut.

Watch for Investments in Capital Spending under the Tax Reform

Next on your list of things to watch for when picking tax reform stocks is industries with a high level of capital spending, companies that spend billions on infrastructure and equipment.

In the past, companies bought equipment then were able to take a deduction called depreciation on their income over a very long period, like decades. That helped lower their taxes but only incrementally each year.

The new tax bill lets them deduct all the cost of that new equipment or spending immediately. For industries like telecom and airlines, they can almost completely shield their income from taxes with equipment spending.

Combining this idea and the previous one, I like trucking companies and airlines that almost exclusively service the United States. Companies like Schneider National and Spirit Airlines can update their fleet to lower their tax rate besides the lower tax rate just from the new reform.

Dividend Investments Could Surge in the 2018 Tax Cuts


Another factor to watch for is going to be industries and companies with a lot of cash stashed overseas. Many companies that do business overseas haven’t brought that income back to America because of the higher rate. The new tax reform allows them to do it at a tax of just 15.5% so we’re going to see a lot of companies bringing cash back and probably paying it out as dividends or share buybacks in 2018.

Understand that when you’re looking for specific companies that meet some of these criteria, you need to look to see that they are profitable. A company without any income doesn’t pay income taxes anyway so lower rates aren’t going to help.

Those are the three things you need to watch for when picking stocks that will benefit from the Trump tax plan. Remember to look for strong, long-term investments rather than just companies that could get a quick boost. The tax reform may not boost the economy enough to keep the stock market going for years but it should be enough to make 2018 a very good year for stocks.