Investing can be broken down into two camps, passive investors looking for a market return and more aggressive investors trying to eke out a few extra percent. We won’t make any judgements on whether it’s even possible to beat the market in this article.

Instead, we’ll look at some of the investments the enterprising investor can use to earn a higher return and how to use different types of investments to reduce the risk in your portfolio.

This is the sixth in our series reviewing The Intelligent Investor, likely the most popular investment book ever written. First written almost a century ago by Benjamin Graham, the book has been updated regularly and is credited with shaping the investment industry as it is today.

Among many others, Warren Buffett credits Graham as his mentor and calls the book, “By far, the best book on investing ever written.”

Get The Intelligent Investor on Amazon and follow along with the review!

I’m reading out of the 2003 edition of the book with Jason Zweig’s commentary. Even 13 years old, the updated comments and the original text itself are uncannily appropriate for the current market. It’s this timelessness that has helped investors for nearly a century.

We started our series with an introduction to the book and how the intelligent investor can avoid hot stocks in the market.

I’ll admit here that I did not like this week’s chapter much. It is one of the few that has not stood up well with the changing times and the change in investments available. I’ll include what Graham and Zweig have to say about the topic as well as my own thoughts throughout the review.

What is an Enterprising Investor?

Chapter six in The Intelligent Investor is a discussion of what the enterprising investor can do to increase portfolio returns without gambling. Graham already covered ideas for the defensive investor’s portfolio, what I refer to as passive investors though there is still some room for individual stock picking. 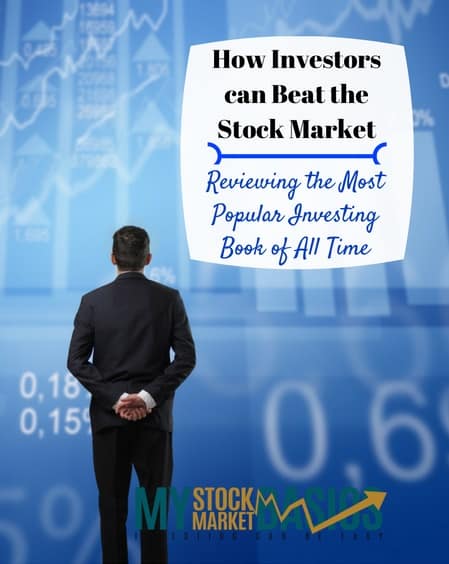 Either way, basically the enterprising investor is trying to earn a higher return on their portfolio through analysis or actively seeking higher-risk assets.

My own definition of an ‘enterprising investor’ is more of a blend on Graham’s two definitions. It is someone that is willing to take a little more risk beyond just investing in popular assets like U.S. stocks or passively in the market index. The enterprising investor can still invest broadly in an index but uses a portion of their portfolio to pick individual investments whether it be stocks or bonds.

We covered this concept of the core-satellite investing strategy in a previous article. The idea is that most of your portfolio is in diversified index funds, giving you the market return, but you reserve some money for individual investments with the chance to beat the market and add to your overall return.

How the Enterprising Investor can Beat the Market

Another reason I didn’t like chapter six was because it takes an extremely narrow view of investment choices. Graham really only talks about investing in high-yield bonds, preferred stocks, foreign stocks and bonds, and newly-issued stocks. Most of the advice in Graham’s content is out of date and Zweig’s commentary isn’t much better.

The reason to buy some of the investments like high-yield bonds and foreign stocks that Graham avoids isn’t only to ‘beat the market’ but as a way to diversify your portfolio. High-yield bond returns do not follow investment-grade bonds as closely because the companies are more dependent on the business cycle. This makes high-yield bonds a good tradeoff between the safety of other bonds and the higher return in stocks.

Less than 5% of high-yield bonds default each year so it isn’t the ‘junk’ market some investors make it out to be. Buy shares of a diversified ETF like the SPDR Barclays High-Yield Bond ETF (NYSE: JNK) which holds 811 bonds with an average coupon of 6.4% and only charges a 0.4% management fee. That spreads your risk over hundreds of companies and still gives you the higher return in the non-investment grade market.

Graham’s warning on foreign stocks and bonds might have been appropriate in 1973 but not so much today. Into the 90s, many foreign countries were still battling double-digit inflation and frequent civil unrest.

The world is changing and it’s taking investing along with it.

Investing in stocks and bonds of foreign companies not only adds growth to your portfolio, it also helps to reduce risk. Differing economic cycles means that your investments in foreign country companies may be rising while the United States is working through a recession and U.S. stocks are falling. Foreign stocks also tend to have higher dividend yields than U.S. companies.

Part of the avoidance of foreign stocks and bonds in the book is because there were few inexpensive options back in Graham’s time and even in 2003 when the current edition was released. Now an investor can easily buy shares of diversified funds like the iShares MSCI Emerging Markets ETF (NYSE: EEM) which invests in 800+ stocks in fast-growing countries or the iShares JP Morgan USD Emerging Markets Bond ETF (NYSE: EMB) which invest in foreign government bonds and pays a 4.7% dividend. 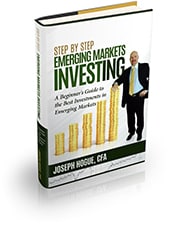 Want to learn more about investing in emerging markets stocks? Learn how to invest for higher returns and yield as well as the warning signs of when to get out. Click through to Step-by-Step Emerging Markets Investing on Amazon.

Graham completely misses talking about private equity, venture capital, real estate and futures as other asset classes open to the enterprising investor. Holding investments in these alternative assets not only helps to beat the market and the average investor return in stocks but to diversify your overall risk.

I agree with the book that an investor shouldn’t invest in initial public offers (IPOs). Unless you are able to get the shares at the offer price, stocks usually jump on the first day of trading only to come back down to earth once pre-IPO investors have stopped pumping the story.

Research by Ritter and Welch showed that investing on the first day of an IPO between 1980 and 2001 would have meant an annual return 23% lower than the general stock market over the period. The fact is that IPO stocks are just too hyped leading up to day one and too many investors think they can jump in to make a fast buck.

Instead of buying in at the IPO, spread your investment out over the first year if you really like the company. Follow the company for three months after the IPO and then buy the shares if you still like it. Only buy half or less of the total investment you were planning on making and reserve that money to buy more shares at six-months or the one-year mark after the IPO.

Chapter seven of The Intelligent Investor goes further into the enterprising investor’s options with market timing and growth stocks. It offers more detail and is more timeless than the one reviewed this week.

Whether you believe an enterprising investor can beat the market through analysis or by taking more risk has little to do with the fact that you should be investing more broadly in the different options in stocks and bonds. Investing solely in stocks of large U.S. companies and super-safe investment grade bonds is going to leave you exposed to higher risk and with returns that are less than impressive. Instead, invest across a bigger set of options to diversify your risk and boost returns.